For questions about PVE, such as missions, anomalies and complexes.
Forum rules
This forum can be viewed by the public.
Post Reply
1 post • Page 1 of 1 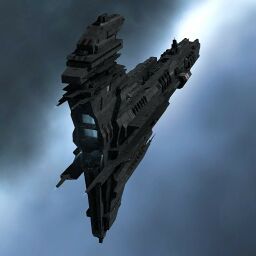 I've recorder more then 1000 Venal Guristas Level 4 Security Missions. 347 out of 1087 are Anomic Burner Missions. This Report analyzes Anomic Burner distribution, origin and objective systems, flight paths and rewards. It does not include details on tactics, skills and ship fittings required to complete the Anomic Burners.

Hypothesize the outcome before reading each result. Don't cheat yourself out of the joy of discovery!

Seven Level 4 Security Agents are in two, 3 jumps apart, Null Security Systems, K3JR-J and N5Y-4N: This is the map of Venal centered on K3JR-J and N5Y-4N above it. How are the objective locations distributed? Shortest flight paths to objective

Flight paths are lists of Systems from Agent to Mission Objective. Do K3JR-J or N5Y-4N Agents give Anomic Burner Missions with longer flight paths or do you think there is no difference? Rewards: ISK Reward, Time Bonus, Loyalty Points and Loot

I've recorded all rewards with Negotiation 2 and Security Connections 4 Skills which give me 10% greater ISK and 40% greater Loyalty Point rewards. I am not clear on how these bonuses interact with the True Security Rating, but both have a measurable effect on the final reward. What is the probability that an Anomic Burner Team Assault Frigate ship Wreck will have loot? Observations

In the Venal Null Security Region, home to Guristas Pirates and their Level 4 Security Agents:

If you have any questions about any topic feel free to contact me though EVEmail, Forums or Discord.

Return to “Player vs Environment”