[AAR]Mistakes were made: Expensive loss at WHC

Forum for posting After Action Reports after PVP encounters.
Forum rules
This forum can be viewed publicly.
Post Reply
1 post • Page 1 of 1

[AAR]Mistakes were made: Expensive loss at WHC 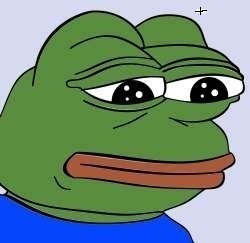 It was a pretty boring night and we decided to camp a 4 jumps to Jita Eggs for easy kills. Discipline was not the best, as someone misfired a bubble on top of the HIC, but hey, gatecamp and chill, let's not ruin the mood. We haven't had yet our first daytripper kill, when we see two Procurers on D. There is an ore anomaly in system, but nobody is as stupid as to mine in an anom with a gatecamp on D-scan. Wait, they are not on the Ore sig, they are on a hole on a .sig. We see bubbles go up, and we decide to dock the heavy stuff. A Heretic is the source of the bubbles, and there is a Retribution on D as well, and some ECM drones. We have one Stratios go and check up that grid, but it's uncloaked and lands in the bubble, but luckily it cloaks up. The Heretic and the Retri are from the same corp and they have bubbled up the 2 procs that are aligned to Eggs. They are all like 20km from the hole.

Time to snatch some kills, so we go kitchen sink! Strat does not jump on the other side and we don't have eyes, but the Procs are far from the hole, both at the edges of the bubble and one of them is into armor. Drekavac is first on grid, and lands in the bubble. It goes for the damaged Proc, but the Heretic decloaks and puts another bubble in the middle. We land a Drake and a Nomen at the edge, and we see a lot of hole activations...

Holy crap, that's a lot of dudes with logi, and the heretic lands a second bubble on top of us. Drekavac is primaried, Nomen and Drake MWD on and are on the edge of the bubble and they outrun the Heretic. Drek tries to holetank, but these ones are good, they have left people on the other side too...
We decide to dock up and cut our losses