Forum for posting After Action Reports after PVP encounters.
Forum rules
This forum can be viewed publicly.
Post Reply
4 posts • Page 1 of 1 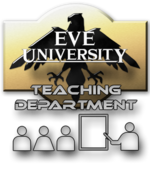 This is a weekly very newbro friendly and educational fleet. Join us every Wednesday. Please check the in-game calendar for the exact time, you can also find more info about this fleet in this forum

I also host a relevant class every week right before this fleet. If you're interested, please check the in-game calendar or this forum for more info

Roam members (11) MVPs & last but not least of course GIF of the day
Kills and Losses
Good turnout. We had 4 new players, this was their first PvP fleet and also their first kill & loss mails

After the "new pilot orientation," we started hunting. A few targets eluded our scout, but we eventually found this Jag. Unfortunately, Olly died before we got to him.

Someone suggested that a Jag was very tough for our Slasher, which is absolutely right. I mentioned that the plex was only 3 AU away so I thought we could get to it in time, especially since we jumped our gate as our scout slid his. Evidently, it wasn't enough. So I formed a vanguard: our scout reshipped in another Slasher + 1 Logi + 1 Merlin. We used that a couple of times successfully, but I honestly don't remember in which fights exactly.

Kudos to Olly & the Vanguard for the next one. The Worm tried to kite but they did a great job getting in range of it and scram/web it down for us. There was another Condor, but I asked everyone to prioritize the Worm. In hindsight, someone had already called tackle on the Condor, so I should've let him stay on it, but I didn't want to split him away from the fleet & logi since it was a bit far (~40 km if I recall). Not the best decision but meh, we got the juicy Worm.

I remember calling the Vanguard for this one since Incursi could be deadly, especially if dual rep fit. It still got the Slasher before the rest of our logi made it.

A note on Logistics: Olly reshipped in Nourvukaiken! I remember asking for reships in Tama and the Production Dept. delivered, I appreciated that a lot. Now with Space Detroit gone, I think it's just safer for us to have stuff in Nourvukaiken. Suspect & Criminal timers shouldn't be prob if you dock up in a capsule. Alternatively, one of the NPC stations in Heydieles could do. Anyways, Thanks Yuri? & Production Dept. & everyone for putting ships in Nourvukaiken! It really helps us get back to the fun quickly!

Heydieles & OMS were surprisingly busier than Tama. We found a couple of fleets that, unfortunately, we couldn't handle. One was a Caracal fleet, another was a T2 cruiser fleet (if I remember correctly), and finally, a Kestrel fleet that outnumbered us like 3:1. I really want to fight fleets and get that exposure but I knew we couldn't handle any of those. So we avoided them and kept hunting.

The fleets were in local but I thought we'd hunt anyways. We found an Algos or something in a Medium in OMS. It was outside and warped off before Olly could land tackle. We got on grid as it warped off. It was near the end of the fleet so I thought, maybe we go in and brawl the Kestrels if they come to us, nab a few before they kite, and see what happens. Good plan I think. So I told everyone to take the gate.

And lo and behold, the Caracal fleet was already inside lol. I don't know if Olly reported that when he DScanned the Algos or not, but regardless we definitely should have short DScanned it before sliding. I thought let's yolo & fight anyways. I melted instantly & as I was about to warp off and call Gentle to 2IC, the Kestrel fleet slid in as well! I called scatter, and we only lost 3 ships. Not sure if a 3 way was viable here, I honestly should have let Gentle make that decision and give it a shot. Sorry I jumped the gun Gentle!

We debriefed as we made best speed home. It was a great discussion with a lot of feedback, which I always appreciate! So thanks, everyone.

Questions? Feedback? Suggestions? Please post them here
Join me every Wednesday for a beginner Core Class followed by a beginner PvP Fleet
•

Thanks for the shout-out! This one was a bit too late for me.

Of course we love newer players scouting, but it's a mixed bag for everyone else's experience. I'd highly recommend getting one experienced scout if possible, and then another (or even two, as I did the wednesday prior) so you can throw them at stuff and give everyone some experience without feeling the pressure of the whole fleet relying on them. (even though this isn't actually true, it sure feels that way)

It does make FCing a bit more taxing, keeping track of more people. But you could delegate that a bit and have the 2IC send scout 2 and 3 places, for example.

Good to see you back on Merlins Professor! Looked like you had a great outing.
Top

That was my first time as Logi in a pvp oriented stuff.

Well. That was cool ! When I proposed the first vanguard, after our tackle died the first time, it was exciting to go first. I didn't vanguard after that one, but coming back late and healing tackle is kinda coooool.
I think we did three vanguard, 1 each, with one failed because alpha was high. The only stuff I have difficulties with is having drone on target. For those kind of small stuff, the time to MWD to tackle, lock on other logi and tackle, getting drones out, the guy almost dead or is. Brrrrew, not even in the MVPs

Next time, I'll do Logic Merlin again I think

Also, with three logi as we've got there, with overpowered force against a solo guy, might be useful to train logi to get the links (here shield link instead of cap obviously), just to train it before going in bigger fights/cruiser.

For the last Plex we did, well. Bad luck. Caracal fleet landed just when we slided. And loads of kestrel as well. We should have scatter as soon as we landed, as we didn't get any chance. But well, we got the juicy kill at the beginning, that's all that matters

See you next time