[Event] Reflecting on a year of HSC Fight Club events

[Event] Reflecting on a year of HSC Fight Club events 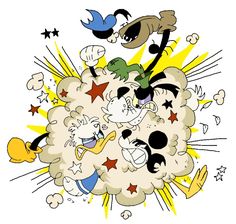 Time flies by, and this month marks a year since I took over the HSC Fight Club event, answering Analee Tsasa's call (I think). I've had an immense pleasure to host the event, seeing both new and experienced pilots to show up, share knowledge, brandish combat drones, and blow up pixels.

Here I would like to share some interesting (and not so) statistics that I collected for the past year, some thoughts, and some ideas. I've tried my best to filter out non-events, but some numbers might be slightly off.

First and foremost, general event statistics: Thats impressive! Regular number of participants was around 8, with only once, as far as I remember, no-one showing up. Having only one set of bookmarks at the beginning caused unnecessary waiting time for participants, increasing frustration and decreasing participation. After some feedback, Yokuni Togashi was kind enough to burn a perfect arena with 8 separate locations for the event, that is still in use.

That's a lot of pixels erased! And a lot of interest. I'd like to thank these 193 pilots for their time and participation. I would not be able to host it without you. You made this event.


This is quite impressive, and does how that people generally like the event. Feedback from participants was extremely useful, and resulted in some changes be implemented:
*

Next, some personal statistics:

Ship statistics: Just lol. More than 1/4 of fights resulted in either loss, or final blow, by Tristan. This is not surprising, as Tristan is one of the most versatile frigates in the game.

Runner ups: Kestrel, Atron and Condor are kind of surprising - they all have bad k/d ratio, but people keep flying them.


Ships with best K/D ratios: Tormentor and Rifter look undervalued by pilots, while having pretty good k/d ratios. Breacher is an absolute beast, being able to fit good tank, nice damage, and being double-repped.


Least popular ships: While not surprised by Crucifier and Maulus, Heron and Executioner look quite under-utilized

I've obtained quite vast experience with multiple things. Hosting the event. Preparing for event. Dealing with angry and entitled people. Designing ship fits. Hauling and contracting ships and items. But my biggest take-away is community, and people - ones who enjoyed the event, and kept coming for more.

We held the event even during the wartime, with newbros willing to jump of any war target that would pop up in the system. That's the spirit!


What did not go well
Hosting regular event for a long time has a toll. There is nothing worse than having people to show up for the event, and not being prepared for it. My largest source of irritation were actually ships for the event. I've tried to take advantage of Production Department services, of Hauling Department services, but for one reason or another, that did not work out. At the end, to ensure that everything is prepared for the event, I had to haul and prepare everything by myself, and this takes a lot of time too.


Having said that, I have an announcement to make. I feel that it is time for me to take a step back, and have some rest. HSC Fight Club hosted by KPYTOE KOPOBO is going for an undefined hiatus. If someone wants to continue hosting the event - please feel free to reach out to me for any help or advice.


HOWEVER, before saying goodbye.. I'd like to make few gifts to celebrate the anniversary. Looks like I have few Gilas rusting in the hangar, that can have a new owner. So the prizes go to:

To Red Fish - for most events attended, most wins, and most losses
To Dain Tarkus - for being the best overall PvP Fight Club pilot
To Vex Clover, K'Anpo Rimpoche and Adam Cion - for awesome participation


So Long, and Thanks for All the Fish!
KK
Top

Thank you so much for all the Fight Club events you've hosted over the year, I've had lots of fun, and of course, learnt a lot!

I have always been interested in joining Fight Club, ever since I joined Eve Uni. Dare I say, it's where I gain a lot of my PvP skills! Therefore, I would definitely be interested in continuing to host the event. If I could organise a meeting with you that'd be great.

All in all, I hope you have a good break, you've definitely earned it! Although I'm sad I won't be flying with you in the near future, I do hope I get a chance to fly with you again sometime

Thank you so much! I really, really enjoyed the Fight Club events you hosted. The events were always very well run, and your commentary and organization was impeccable! I recommended HSC Fight Club to everyone I met. You leave very big shoes to fill (should someone fill them during your hiatus). I learned a tremendous amount to include topics like manual piloting, orbit vs. keep at range, overheating, and ship fitting theory. Thank you so much for your dedicated service, and I look forward to flying with you again in the future!
Top

I loved your fight club! I learned honestly most of what I know from it! I've improved quite a bit from my first fight clubs when I didn't get a single kill until my 3rd one. Vex and I plan on keeping it going (along with AMC fight Club to get the miners shooting each other), I fully expect you to show up to actually do some fighting instead of just sitting there in a sunesis

Thank you so much for all your efforts! <3

Thank you for running fight club KPYTOE! I still remember my first fight club, getting several of your ships off contract and losing all of them one after another, learning something each time =). It's been a lot of fun over these past few months always looking forward to fight club each Friday night (USTZ), and your efforts have certainly helped a lot of people get into PvP and EVE!

Hopefully we can carry the improvements to the event you've made forward. I'm hoping to run some fight clubs in the future as well, but it would be hard to match your level of quality and consistency. From fitting advice to tactics (I'd never have thought to make drones chase me fighting kiters in my beam punisher), your feedback has always been on point and one of the highlights of the event.